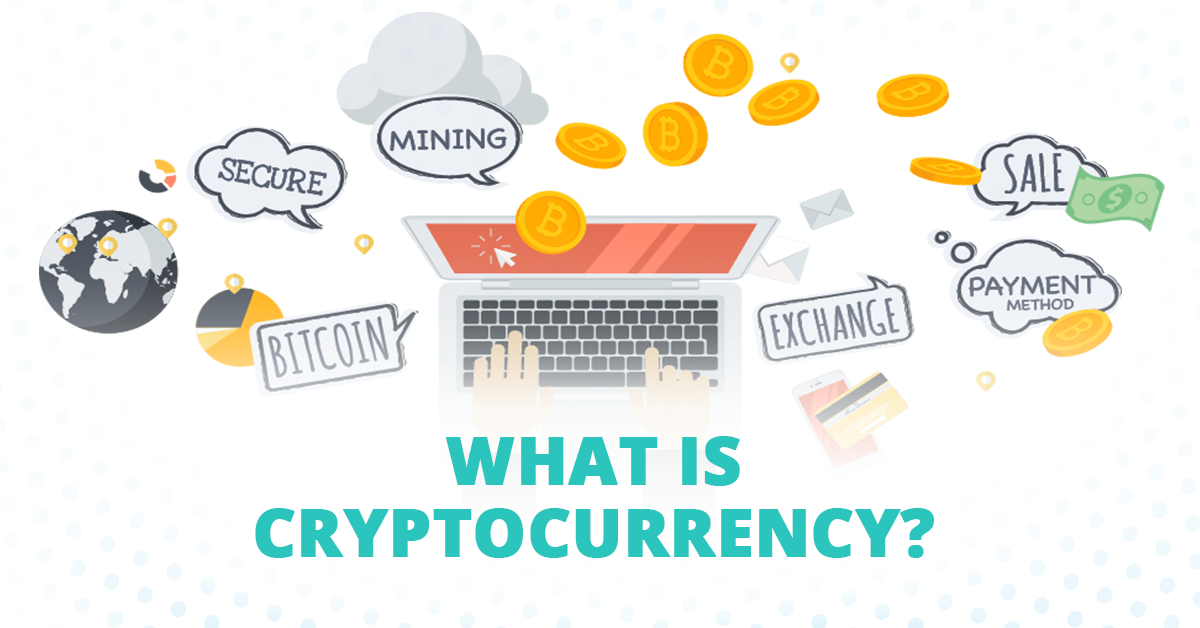 The concept of cryptocurrency is quite new in the digital world – the first mention of it dates back only to 2009. However, despite its novelty, it has managed to become a full-fledged part of the modern financial system, opening prospects not only for individuals but also for large businesses.

Cryptocurrency is a digital currency built on blockchain technology, which, however, is equivalent to real money and has its own exchange rate.

The first cryptocurrency, Bitcoin, was created in 2009 by a developer under the nickname Satoshi Nakamoto. The main idea was to create an independent and decentralized electronic payment system, based on mathematical calculations and cryptography. After 3-4 years, there was a huge demand for digital coins. Today there are about 300 types of digital money traded on the cryptocurrency exchange.

Digital money is mined and stored using blockchain technology – a chain of records, each containing information about the previous ones. This technology makes it possible to track payments, orders, bills, and many other data, as well as providing high security against scammers. The security is based on strong mathematical algorithms that will not allow the network to change any previous block without changing all subsequent ones.

How to Get Cryptocurrency

The most common way to get cryptocurrency is through mining.

In very simple terms and without going into technical details, mining is the extraction of cryptocurrency using computing resources – from personal PCs to specially equipped mining farms. 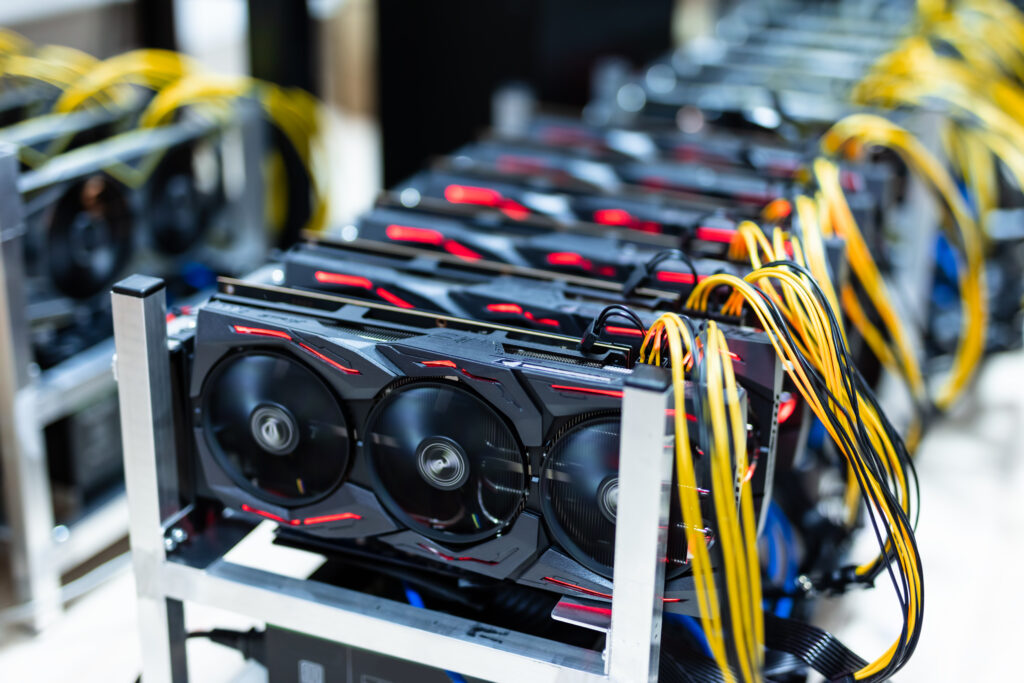 In fact, during mining, information about cryptocurrency transactions is collected and processed. This is necessary to perform transactions, ensure a high degree of security, and for the uninterrupted functioning of the entire system. The greater the number of miners and computer resources involved in the process, the more reliable and stable the system is.

For the processing of information (cryptographic confirmation of the transaction), the owner of the computer resource receives compensation in the form of a commission assigned by the owner of the virtual money, and in the form of a reward for the found block. This is the basis of one of the main principles of payment systems, providing for the use of bitcoins and some other virtual money.

Income from mining is very difficult to predict because it depends on a large number of factors – the price of the cryptocurrency, the cost of electricity, the size of the network, the cost of the mining equipment, and the cost of maintaining or renting the farm.

In addition to mining, cryptocurrency can easily be bought at its current rate on an exchange or online money changer. Some countries have recently installed crypto-machines where you can easily buy the currency for cash. The purchased cryptocurrency goes to the user’s wallet after confirming the transaction by phone number or QR code. 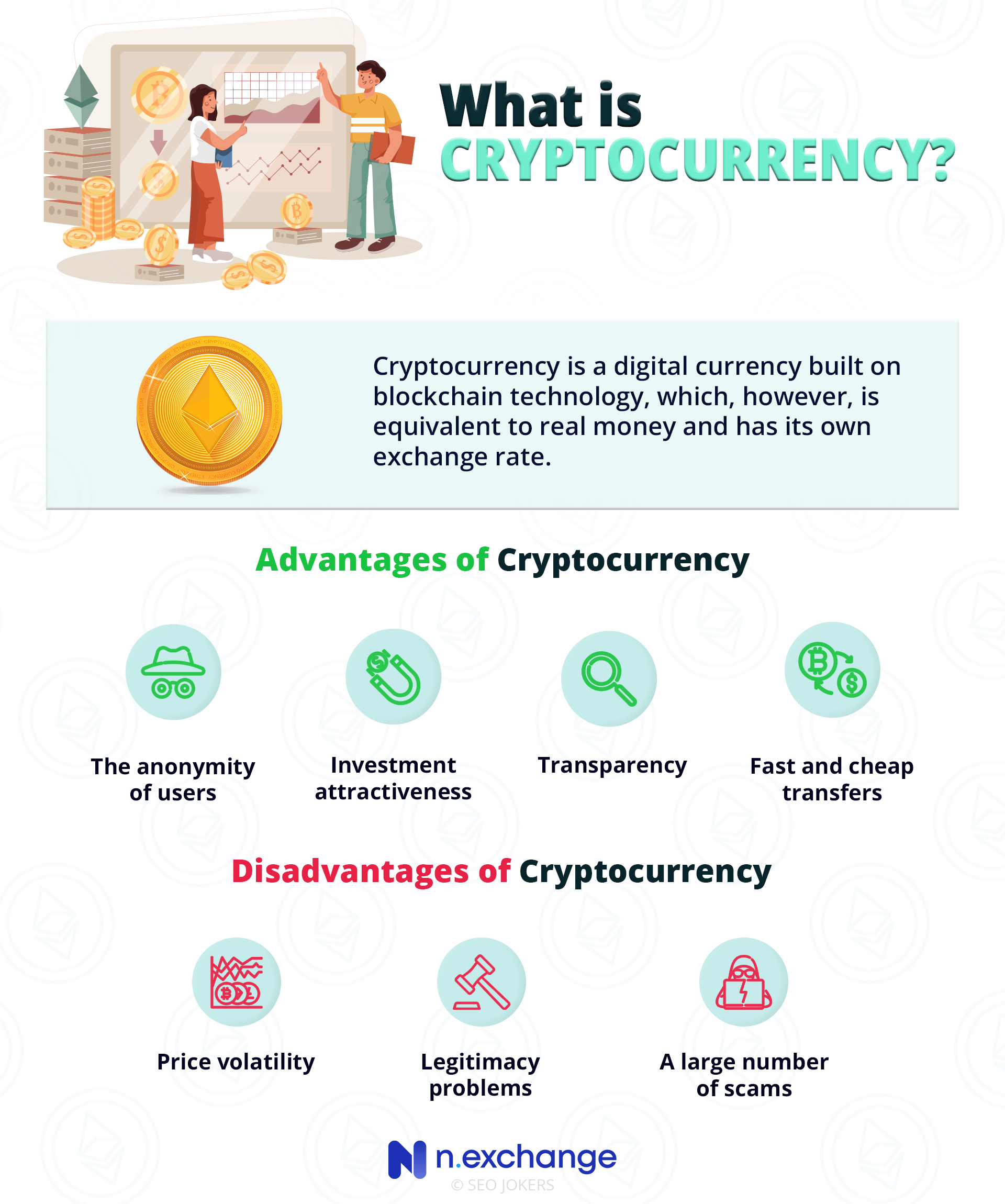 Like any system, whether it is monetary or digital, cryptocurrencies have a number of benefits as well as downsides.

Transactions on the cryptocurrency network and their speed do not depend on the location of their owners – the commission will be the same for transfers between different continents, as well as between neighboring PCs. The transaction fees are much lower than in any banking system, for example, you can transfer millions of dollars between countries for a few dollars fees.

Thanks to blockchain technology, you can track the entire chain of transactions, thus having complete information about each operation.

In order to start trading cryptocurrency, it is enough to register on a cryptocurrency exchange or to download an electronic wallet. It does not require licenses or high technical or economic knowledge.

Of course, cryptocurrency has its weaknesses.

The price of a cryptocurrency is very changeable and can fall or rise by more than half. To a greater extent, this applies to bitcoin, the official rate of which can fall in price from any news related to it, even indirectly.

Legitimacy Problems in Many States

For the first time in the history of economics, money has been outside the control of the government and banks. This has led to the fact that in a number of countries the use of cryptocurrency is officially banned.

A Large Number of Scams

This flaw is inherent in any monetary system that has ever existed in the world. There are many scammers today who use cryptocurrency for criminal or fraudulent activities.

In any case, cryptocurrencies, and especially bitcoin, play an important role in the modern financial system. Their further development is inevitable because cash money is losing demand every day, while digital money, on the contrary, is becoming more and more widespread. Many states are introducing cryptocurrency counterparts for their official money or, as in El Salvador, accepting them as an official means of payment.